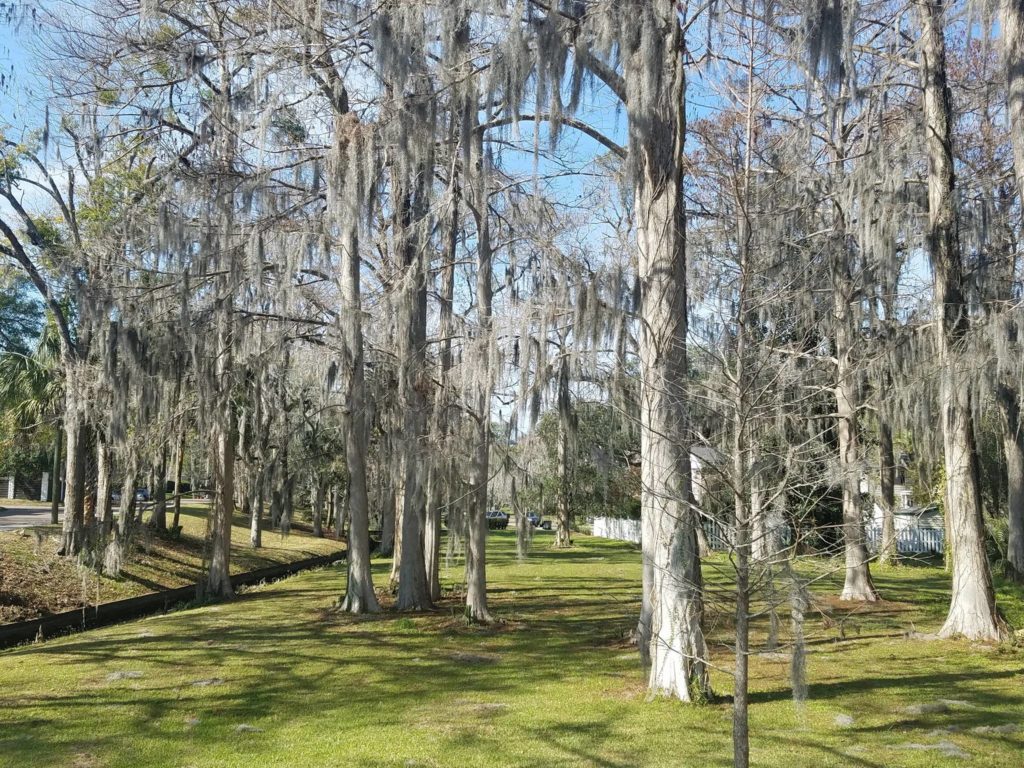 Council Member Randy DeFoor brought together representatives from three of RAP’s volunteer committees (Transportation & Infrastructure, Parks and Zoning), the St. Johns Riverkeepers, and the City's Public Works and Parks departments to discuss the status and plans for the Willow Branch Creek project.

Currently, work is proceeding on either end of the creek at St. Johns Avenue and at Olga Place. Work on the Creek in-between these two locations, including along Willow Branch Park, has not started and is not scheduled. During the meeting, COJ staff indicated a willingness to work with the community to revise plans where they can to address community concerns.

RAP sent a letter of concern to CM DeFoor about the project in late July after receiving project plans from the City. In the letter, concerns were raised, including:

The meeting started with a review of the project’s highlights by John Pappas, P.E, COJ Public Works Director. Robin Smith, P.E., COJ Chief of Engineering & Construction, then began answering each of the questions and concerns from RAP’s email.

The following is a synopsis of the question and response:

Mr. Smith indicated that work to plant trees and sod will focus for the next few weeks in the Olga Place neighborhood. Workers will then return to the St. Johns neighborhood to finalize work in that area.

In July, Riverside Avondale Preservation became aware of a project involving Willow Branch Creek near the intersection of Olga Place and Willow Branch Ave. We requested a copy of the Willow Branch Canal Rehabilitation project plans, which were secured though the efforts of Council Member Randy DeFoor.

The multi-phase project covers a much larger area and is more involved than we initially understood. It stretches from Olga Place to the Yacht Basin. Developed several years ago, it involves significant tree removal and tree replacement as well as new walls installed along the creek.

The plans were reviewed by volunteers in three of our RAP committees: Zoning, Transportation & Infrastructure and Parks.

On July 29th RAP transmitted a list of concerns, comments and questions to CM DeFoor. With the assistance of CM DeFoor, we hope to schedule a meeting for next week.  We are pleased that St. Johns Riverkeeper has asked to join the meeting.

Although the work is underway, RAP still hopes to influence the project. Based on our review, we believe that some of the most obvious aspects of the plan that will be experienced by our residents can still be improved. We look forward to bringing those concerns and questions to the COJ staff and engineers.

We are looking forward to our discussion with the professionals involved in this project. As an advocate of the Riverside Avondale neighborhood, our goal is to arrive at solutions that will maintain the historical significance of the area, improve our tree canopy, add resiliency infrastructure, and reduce harm to our Yacht Basin.

For a look at the drainage and erosion control plan, click here.

To view a copy of the full rehabilitation plan, click here. (You will need to disable pop-ups for this link to work.)