On Tuesday, June, 11, the City Council voted 14-0 to withdraw bill 2019-238, regarding short term rentals at the request of Council Member Jim Love. Five council members were absent, but there was a quorum to carry the decision.
Council Member Love introduced the original bill in April, and then a substitute bill last Tuesday. Both the original bill and the substitute bill are now withdrawn and will not be taken up by Land Use and Zoning Committee or City Council.
There will be no public hearing on June 18th at the Land Use and Zoning Committee.
Council Member Love cited community feedback and dissatisfaction with both bills as the reason for the withdrawal, and that he is "running out of time" as his term ends on June 30.
District 14 Council Member-elect Randy DeFoor told RAP she supported the withdrawal to give the new City Council time to create a process to review and create potential legislative solutions that could work within the city's various communities and constituencies.  In a letter to Council Member Love, she stated "...it will be important that a process be used to allow maximum citizen input by all affected parties, as well as to study the successes, and failures of communities which have confronted this issue elsewhere." 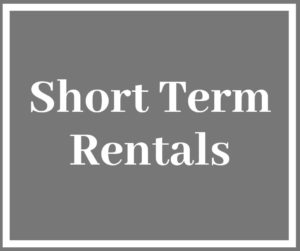 “After much thought and great input from constituents I admire and organizations, I respect I have decided to request withdrawal of the Short Term Rental Bill 2019-238. After two rounds of trying to get it right, I have come to the conclusion that this subject requires more thought and input and I am out of time. The Short Term Rental subject is too important to rush. It needs to be done and it needs to cover all the bases and unfortunately, both versions did neither. I urge the new Council to take this up in a thoughtful way and do what’s best the Jacksonville. That has always been my mantra.”

Please note that in order for the bill to be formally withdrawn, the Land Use & Zoning Committee of the City Council, and the City Council itself, must vote to withdraw the bill. They could also decide to take up the bill for consideration.

Therefore, it is important for residents interested in this bill to contact members of the LUZ and the Council President to continue to make your voices heard. See contact information for those officials below.

A bill regulating and taxing Short Term Rentals such as Airbnb and VRBO will be considered during a public hearing during the Land Use Zoning Committee of the City Council on June 18. Riverside Avondale Preservation is requesting that legislation be withdrawn until the public is able to understand provisions of the bill (To View the Bill Click Here)

The RAP Board of Directors believes that the ramifications of the bill, which was made available to the public on June 3, cannot be adequately reviewed and the future effects on our neighborhood known and communicated in such a short time.

Complicating this effort to understand the legislation is the confusion surrounding what is in the bill. There have now been three very different versions of the bill in two-months time. The original version provided for specific regulations and enforcement. Regulations included limits on the number of rooms that could be rented, that parking space meets the demand for guest’s cars, and that property owners or agents live in the home during rental if the home is in a residential district. In this new version of the bill, all of those provisions have been stripped away.

You can see RAP's analysis of the bill here.

“We have serious concerns about the process that this bill has taken to short-cut the proper hearings and/or citizen information meetings that will sufficiently inform the community about the potential impact of this bill on the future of our residential communities,” indicated a letter from the RAP board to the LUZ Committee.

It is the position of the board that,

“Rushing through something so critical to the quality of life in our neighborhoods is not good policy, does not provide transparency, does not respect the concerns of citizens, and is not in keeping with the values of our city government.”

Another concern expressed by the board is that this is not just a concern in Riverside Avondale.

“The bill will cover the entire city except for the Beaches, and it will change the zoning for every residential community in the city.  San Marco, San Jose, Springfield, Ortega, Murray Hill, Arlington, Mandarin, Baymeadows and Southside communities and beyond will all be impacted.”

That we know of, Riverside Avondale is the only community to hold a public meeting on the bill.

Your voice on this issue can be heard by our elected leaders and city staff. Here is there contact information:

Land Use and Zoning Committee members are:

We encourage you to also attend the LUZ meeting at 5 p.m. in City Hall on Tuesday, June 18th.  The LUZ will make a recommendation and City Council could vote on it at their June 28 meeting.