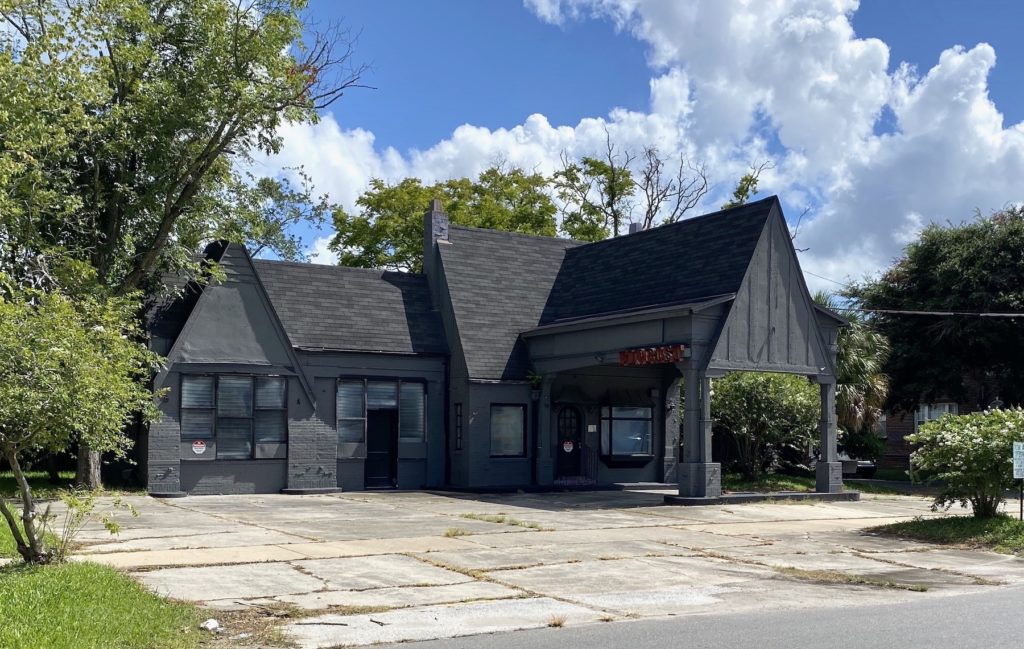 August 5, 2020 Update: The Land Use Zoning Committee approved the project with minor modifications to the written description. The committee determined that Post Street Brewery could add more seats to the project if they find additional parking on contiguous properties. Additional seating would be added at a ratio of 4 sears for each parking space added. RAP spoke against this stipulation asking that the additional parking instead make up of for the lack of parking on site which is currently shown as five spaces. RAP believes these spaces would alleviate the need for on-street parking.

July 2020 Update: A historic structure built in 1935, once part of a chain of Pure Oil gas stations and later a florist shop, could be repurposed and renovated if plans for a new brewery are approved by the City of Jacksonville in the next few weeks.

The City of Jacksonville’s Planning Commission recommended approval of the site plan and Planned Unit Development (PUD) standards for the property last week.

At the virtual meeting, Riverside Avondale Preservation supported the plan with several conditions to protect the residential neighborhood to the east.

“Riverside Avondale Preservation is very pleased that the new owners were interested in restoring the historically significant Post Street property after it has been vacant for many years,” said Warren Jones, Executive Director of RAP during the Commission’s public hearing.

“As you have heard from us before, RAP wants to support local businesses and our neighborhood by advocating for balance and compatible scale in this type of project. We have worked with the owners on a set of conditions we ask of proposed businesses in residential areas.”

The brewery is proposed to have 64 total seats with 28 of those seats outside. Because it is located across the street from residential uses where outside conversations and music could carry easily to residents, especially at night, RAP asked that there be no amplified outdoor music or other amplified sound outside and that outside sales end by 10 pm. The owners have agreed to these stipulations.

RAP also requested, but the owners did not agree to, a midnight closing time and a cap on the number of seats to the originally proposed 64 seats, including a cap of 28 seats outside. This is significant because of the amount of parking required for additional seats.

In their original written description to the City on May 5th, the owners requested reducing on-site parking from the required 19 spaces (one space per four seats) to nine spaces for the 64 seats. In a revised written description submitted just before the meeting, due to right-of-way restrictions, the owners requested five parking spaces, or four less onsite spaces for the same 64 seats. This equates to one space per 13 seats.

Instead of the cap on outside seating RAP requested, the owners indicate that if they are able to find parking contiguous to the property they can add unlimited seating at a ratio of four seats per parking space and at least most of that will be outside.

On balance, Riverside Avondale Preservation appreciates the commitment of the owners to revitalize this historic structure, but believes RAP’s recommended conditions are important to the success of the project. This application goes to the City Council’s Land Use and Zoning Committee (LUZ) possibly on August 4th.