MedMen, a medical marijuana dispensary, will be coming to Five Points in the former Fans and Stoves building on Park Street at Lomax. The retailer’s application required no zoning changes. Proposed exterior changes did not require a review by the Historic Commission so they were approved by administrative staff.

The building itself is classified as “non-contributing” meaning that though it is inside the historic district, it is does not meet the criteria to be considered a historic landmark by the city.

Current plans from MedMen call for the existing green tiles on the front of the building to be replaced with similarly shaped red tiles. The metal facing in the front will be removed to expose the brick, and the brick will be painted red. Again, this is only permissible because the building is not considered a to be a structure contributing to the district’s historic character.

While the existing Shaun Thurston mural will be painted over (take picture), RAP plans to reach out to the retailer to discuss the possibility of having a new mural designed for that façade. 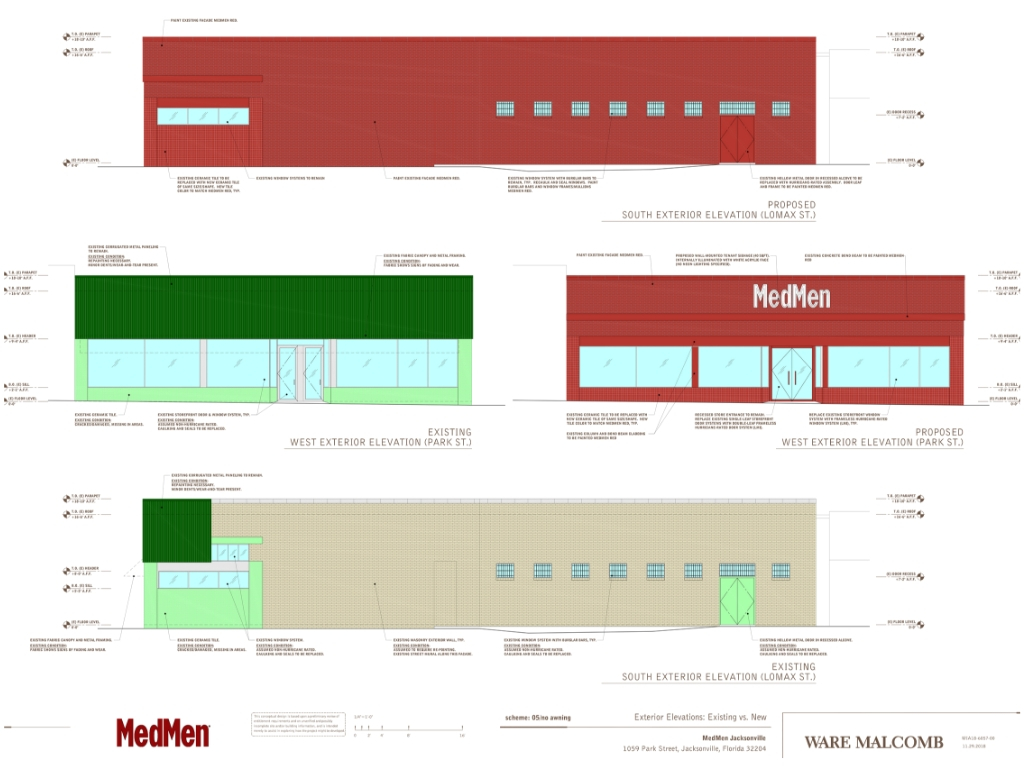