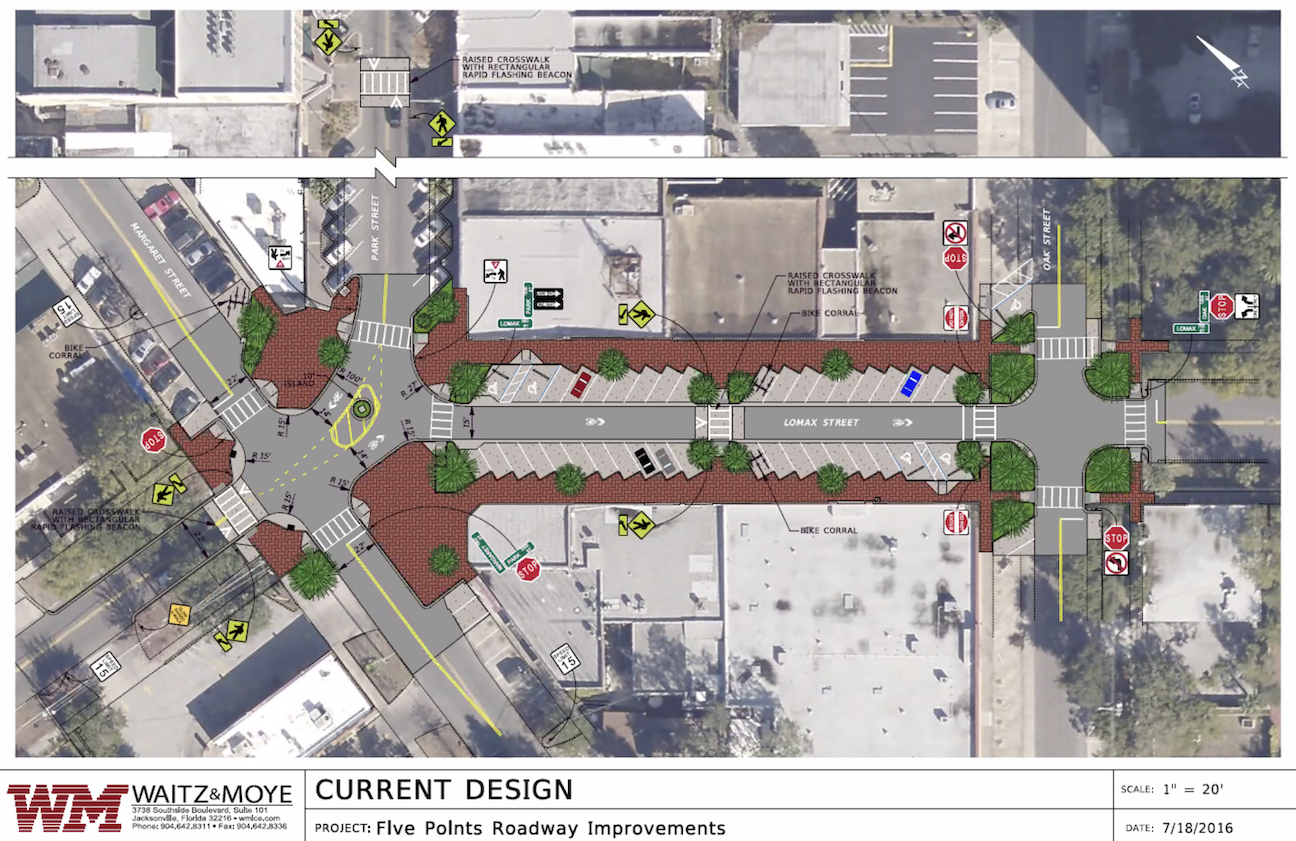 A long-awaited realignment of Lomax Street in 5 Points that will turn the two-way street to one-way and expand sidewalks for pedestrians and outside dining began August 31.

In early August, Council Member Randy DeFoor held a meeting with COJ Public Works and the contractor who will work on the Lomax project.

The contractor indicated that no storefront will be blocked at any time during construction, although some accommodation would need to be made to the business entrance if work was occurring nearby.

The beacon at the center of 5 points will be removed at the beginning of construction. When construction is completed, the beacon will be relocated slightly north from its current location on a raised island. Crosswalks will also be fitted with the now-familiar yellow crossing signs with flashing lights.

New amenities have been added to the project, including 10 trash receptacles, 6 benches and 17 bike racks. RAP has asked that the merchants in the area help select the style of these items and landscaping so they best fits the vibe of 5 Points.